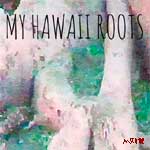 A man of substance in search of his personal history, writer Alexander Murphy Palmer Haley (1921-1992) was born on this day in Ithaca, New York and inspired the widespread genealogy revolution.

"You can never enslave somebody who knows who he is," Haley once observed.

He said, "Either you deal with what is the reality, or you can be sure that the reality is going to deal with you."

Inspired by stories told by his grandparents, Haley traveled to Gambia, West Africa in 1967 and begun a nine-year research into the origins of his family. "In every conceivable manner, the family is the link to our past, the bridge to our future," the writer explained.

He won the hearts of millions throughout the world with Roots (1976), the fictionalized autobiography that traced his family back seven generations to Kunta Kinte, his forefather who was kidnapped and brought to America on a British slave ship. The novel sparked renewed interest in genealogy and heritage.

"Roots is not just a saga of my family. It is the symbolic saga of a people," Haley explained. The powerful Pulitzer Prize-winning novel became the historic eight-part ABC mini-series which was nominated for 37 Emmy Awards. About 130 million watched the television drama.

"The ancestors of all of us came across that same ocean in some ship. We must learn not only to live together, but learn to see one another as people rather than as stereotypes."

"To this day, people, particularly African-American people but white people as well, will just totally, unexpectedly walk up and not say a word, just walk up and hug you and then say 'Thank you.'"

Allow your ideas to bubble and cook.