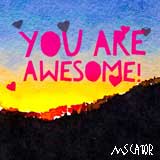 Gather the five virtues (Dignity, Confidence, Courage, Compassion, and Faith). Then you are a man. ~ Kofi Annan

In all the many-colored worlds of the universe no single ethical code shows a universal force. ... I am convinced that virtue is but a reflection of good intent. ~ Magnus Ridolf

Those who are firm, enduring, simple, and unpretentious are the nearest to virtue. ~ Confucius

Is the reward of excellence aught save excellence? ~ Qur'an

All virtue is summed up in dealing justly. ~ Aristotle

Recommend virtue to your children, it alone, not money, will make them happy. ~ Ludwig van Beethoven

I find that the best virtue I have has in it some tincture of vice. ~ Michel de Montaigne

Nature does not bestow virtue; to be good is an art. ~ Lucius Annaeus Seneca

There is no vice so simple but assumes some mark of virtue on his outward parts. ~ William Shakespeare

Virtue debases itself in justifying itself. ~ François Voltaire

To be capable of steady friendship or lasting love, are the two greatest proofs, not only of goodness of heart, but of strength of mind. ~ William Hazlitt

Virtue is its own reward. There's a pleasure in doing good which sufficiently pays itself. ~ John Vanbrugh, Relapse