Favorite Quotations ~á Action, 7 Action! Nothing Happens Until Something Moves

"This is a world of action, and not for moping and droning in." ~ Charles Dickens 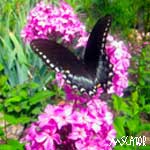 Shall we gather strength by irresolution and inaction? ~ Patrick Henry, Speech, 3/23/1775

After all is said and done, more has usually been said than done. ~ Michael W. Hamrick

When youĺre frightened donĺt sit still, keep on doing something. The act of doing will give you back your courage. ~ Grace Ogot

You get the job done or you don't. ~ Bill Belichick

Everything we do seeds the future. No action is an empty one. ~ Joan Chittister

Deliberation is the work of many men. Action, of one alone. ~ Charles De Gaulle

To think is easy. To act is hard. But the hardest thing in the world is to act in accordance with your thinking. ~ Johann von Goethe

Action and becoming are one. ~ Meister Eckhart

As long as I can walk and talk, Iĺll try almost anything. I say ôalmostö because the high wire is definitely out. ~ Lauren Bacall, By Myself and Then Some

What we call luck is the inner man externalized. We make things happen to us. ~ Robertson Davies

It is only our deeds that reveal who we are. ~ Carl Jung

Said will be a little ahead, but done should follow at his heel. ~ Charles Haddon Spurgeon

Whatever I think is right for me to do, I do. I do the things that I believe ought to be done. And when I make up my mind to do a thing, I act. ~ Theodore Roosevelt

Action alone is just that does not harm either party to a dispute. ~ Mahatma Gandhi